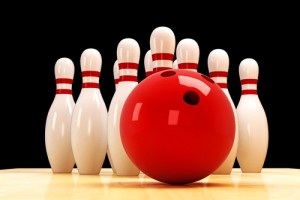 Plunging electricity prices has caused the company to surpass $5 billion in debts and its shares to plunge by 91 percent. In the first quarter of this year, Dynegy reported a loss of $58 million.

In order to pay back its creditors, Dynegy will pay them 59 to 89 cents on the dollar in cash or equity. Its coal and natural gas power plants will continue to operate as usual during bankruptcy proceedings.

If you need help during this stressful and confusing time, contact the bankruptcy attorneys at the Law Office of Russell Van Beustring, P.C. by calling 713-973-6650.

Educational publishing company Houghton Mifflin Harcourt filed for Chapter 11 bankruptcy protection last week in order to eliminate its $3.1 billion debt. More than 70 percent of its creditors have approved of the company’s restructuring plan.

The publisher began to struggle in 2006 and 2007 when an Irish educational publisher borrowed money to acquire Houghton Mifflin and Harcourt. Officials plan on converting its long-term debt into equity. No employees are expected to be laid off and operations will continue as usual during the bankruptcy process.

Houghton Miffilin Harcourt has recently teamed up with Amazon to license and distribute books published by Amazon’s new publishing unit.

Filing for bankruptcy can be scary and complicated. If you need help with the bankruptcy and debt settlement process, please call the experienced Chapter 11 bankruptcy attorneys from the Law Office of Russell Van Beustring, P.C. by calling 713-973-6650.