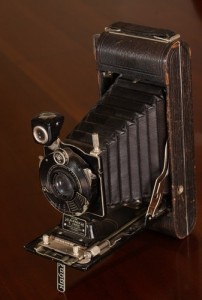 The bankruptcy of electric car battery maker A123 Systems could potentially have severe consequences for luxury carmaker Fisker Automotive. Fisker relied on A123 Systems as its sole supplier of batteries for its sports sedan called Karma, which means the battery manufacturer’s bankruptcy would disrupt its production of the vehicle.

The failure of Fisker would have negative impacts not only on its investors and lenders, but also on taxpayers since the Energy Department recently loaned the company$200 million in federal grants. A123 Systems filed for Chapter 11 bankruptcy protection last month, citing $376 million in liabilities. A123 also received a federal loan worth nearly $250 million.

A123 Systems has recently asked a Delaware bankruptcy judge to dissolve its contract with Fisker, claiming that the contract was below market value and had caused them to work at a net loss. Fisker has requested that the judge postpone A123’s auction for at least a month, according to the Washington Times.

If your company is struggling to remain afloat, you may have options under business bankruptcy. To learn more about the bankruptcy process, contact the experienced attorneys at the Law Office of Russell Van Beustring, P.C. by calling 713-973-6650.