A fresh start awaits American rapper “Young Buck” after he gets out of bankruptcy, according to a report released on September 19.

The 32-year-old rapper from Tennessee settled a total of $391,333.59 in outstanding debt. As Young Buck exits bankruptcy, some of his creditors will not be paid, including rapper 50 Cent, who lent him $300,000.

An IRS bill totaling to $42,699 was also paid by the rapper, and more than 85 percent of claims against him have already been settled with the New York State Tax Department. The rapper, whose real name is David Darnell Brown, declared bankruptcy in 2010 after agents of the IRS took his personal properties to pay his taxes.

Sadly, many Americans struggle with debt. Bankruptcy may be the best option for eliminating unmanageable debt. If you or a loved one is struggling with financial problems in Houston, please contact an experienced attorney at the Russell Van Beustring P.C. by calling 713-973-6650 today.

CNET Networks, Inc. founder Halsey Minor is looking to continue his bankruptcy claim after his case was dismissed last month, noting the fault wasn’t his own but rather his attorney’s, who missed the deadline for filing bankruptcy.

Minor filed a personal Chapter 7 bankruptcy claim with the U.S. Bankruptcy Court in Los Angeles on June 7, five years after he sold CNET for $1.8 billion. However, the case was dismissed on June 13 due to a “failure to file schedules, statements, and/or plan.”

The online docket for the case also contained detailed asset lists and a roundup of the debtor’s state of affairs, information which judges require to assess whether or not to grant a bankruptcy.

Minor’s assets were listed as more than $32 million, while his debt was more than $104 million. In his reinstatement claim, he said all the necessary documents for the case have now been filed.

If, like Minor, you need to file for Chapter 7 bankruptcy, don’t hesitate to contact our offices at 713-973-6650 so that you can discuss your options with a lawyer at the Russell Van Beustring P.C. 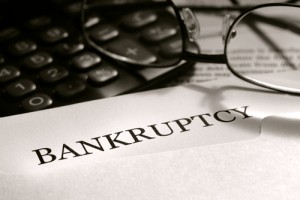 Yesterday, the Las Vegas Sun reported that former Oakland Athletics baseball payer Jose Canseco filed for Chapter 7 bankruptcy protection in Nevada. While with the Athletics, Canseco was named Rookie of the Year and American League MVP.

The 48-year-old has nearly $1.7 million in liabilities and less than $21,000 in assets, according to his bankruptcy filing. More than $500,000 of his debt back taxes owed to the IRS. Canseco will liquidate his assets through Chapter 7 bankruptcy to help pay off his debt.

Canseco had a 16-year career with a total of eight major league teams, though he later admitted to using performance-enhancing drugs.

If you are unsure if you qualify for Chapter 7 bankruptcy, consider answering the Chapter 7 means test. For trusted, experienced advice on your bankruptcy needs, contact the attorneys at the Law Office of Russell Van Beustring, P.C., by calling 713-973-6650.

Last week the Orange County Register reported that Nadya “Octomom” Suleman’s Chapter 7 bankruptcy case was thrown out of court after she failed to file at least a dozen documents proving she is $1 million in debt.

The court notified her of her error, but after she failed to make the deadline her case was dismissed. Suleman’s request for bankruptcy protection temporarily halted foreclosure on her La Habra home, but now that her case has been thrown out, the foreclosure process is now allowed to move forward.

This means that other creditors can now start claiming the money they are owed.